How Caffeine Intake Can Affect The Treatment Of Pain 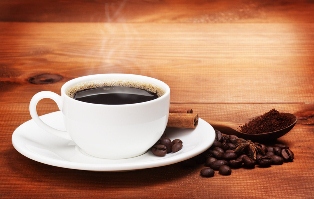 Caffeine plays a part in a number of pain-related predicaments

Caffeine is far and away the most widely consumed psychoactive (affecting the mind/behavior) substance in the world. Used for its central nervous system stimulating effects like increased alertness and decreased fatigue, it's estimated that 85-95% of Americans use it regularly. Though typically found in coffee, tea, soda and chocolate, caffeine is also available as a drug used as a stimulant, or is added to over-the-counter analgesics (pain-relieving medications). Caffeine works by blocking adenosine receptors. Adenosine normally induces sleep, but when tricked by caffeine (which looks similar to adenosine), it prompts the release of adrenaline and increases heart rate. Caffeine has a number of associations with pain, and the following topics are of particular interest: 1) caffeine is present in certain analgesics as an assistive agent, making the pain-relieving effect of those drugs stronger; 2) after chronic caffeine use, withdrawal headaches may occur, or in some instances, habitual caffeine use can lead to headaches; 3) in lower doses, dietary caffeine use can actually prevent certain medications from doing their job; 4) caffeine may interfere with the effectiveness of acupuncture because it implicates adenosine. Based on these matters of concern and caffeine's popularity, a review was conducted to address each of these issues.

Caffeine when added to other analgesics

Caffeine has been added to medications that contain aspirin, acetominophen and other non-steroidal anti-inflammatory drugs (NSAIDs) at least since the '60s, but it wasn't until the '80s that it was proven to be an adjuvant analgesic itself, meaning it assists in the pain-relieving process of the main active drug. More recent literature suggests that when used with NSAIDs, caffeine may enhance the relief of headache pain, but doesn't add much to the relief of postsurgical pain. Therefore, analgesic medications with caffeine should be considered more effective than those without it in most cases.

When it comes to headaches, caffeine can be either a positive or negative force. For some chronic caffeine users, stopping the use of it can lead to withdrawal syndrome, in which headache and fatigue are prominent. However, some studies have shown that for people about to enter surgery, stopping the use of caffeine for an extended period, and then restoring its use on the day of surgery led to fewer headaches after surgery. On the flip side, habitual caffeine use can lead to the development of headaches like migraines and chronic daily headache if used enough, and for those cases, reduced caffeine intake is recommended. Judging by this, caffeine usage, as well as a reduction in usage, can both be effective in their own way.

Caffeine interaction with other analgesics

Some suggest that low doses of caffeine used on a regular basis can actually interfere with the pain-relieving properties of analgesics when not designed to assist those medications. The review did not find any conclusive evidence that this hypothesis is accurate, but the interaction of caffeine with other analgesics should be evaluated with more research to ensure there are no negative effects of caffeine with analgesics.

Acupuncture is a traditional Chinese medicine that uses needles to manipulate tissue with the intention of relieving pain, and the process leads to increased levels of a number of chemicals including adenosine. Since caffeine blocks adenosine receptors, which was explained earlier, caffeine use could also inhibit the pain-relieving effects of acupuncture. No studies have yet examined this possible connection, but some have shown caffeine to inhibit the effectiveness of transcutaneous electrical nerve stimulation (TENS), an analgesic treatment that uses electrodes to deliver stimulation designed to relive pain. This could mean stopping caffeine use could create better pain relief from acupuncture and other treatments, but the matter needs to be investigated in greater detail.

Effect of caffeine all depends on its usage

Based on this review, it appears caffeine can serve a purpose on both ends of the spectrum. On the positive, effective end, it can be an adjuvant analgesic to certain medications and assist them in their pain-relieving properties, and it can help relieve headaches if usage is stopped and then picked up again at the right time. On the other side, it could lead to headaches if used in excess and may hinder the effectiveness of other analgesic medications and treatments like acupuncture. Clearly, caffeine serves a greater purpose other than a stimulant, and its various proven uses should be investigated in more depth so that its full potential can be realized.

-As reported in the April '11 edition of Pain