Study Reveals How to Predict Success of Cervical Traction Exercise 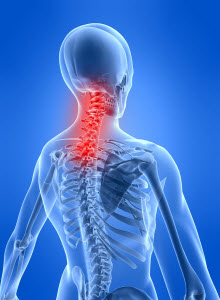 Patients who suffer from back and neck injuries may need to undergo several different types of corrective care exercises, many of which might not have the positive results patients are seeking. While medical professionals may utilize a trial-and-error approach to these corrective care exercises, a new study reveals that physical therapists may be able to use a clinical prediction rule (CPR) to determine which patients are most likely to benefit from cervical traction and exercise. Researchers suggest that this CPR will make it much easier for clinicians to design effective exercise treatments that could have a positive impact on patients suffering from neck pain.

In a study released by the Brooke Army Medical Center at Fort Sam Houston, Texas, eighty patients who suffered from neck pain received a standard examination and then underwent six sessions of cervical traction and strengthening exercises over the course of three weeks (sessions were held twice weekly). At the end of the study, patients were asked to assess their perceived recovery. Out of sixty-eight patients, 30 were reported to have a successful outcome, in which they reported their neck pain to be much improved or very much improved.

Throughout the study, researchers carefully examined patients to determine an ideal CPR assessment. The study concluded that clinicians could predict which patients will experience positive benefits from cervical traction and exercises via the five following variables:

While several studies need to be conducted to strengthen the arguments of this new CPR model, the conclusions have successfully demonstrated that clinicians can predict with increasing success which patients could benefit the most from cervical traction and other related exercises.