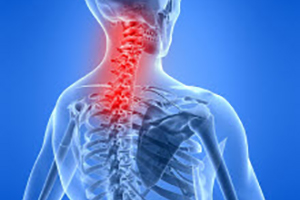 Under the current system, the majority of healthcare in the U.S. is delivered in a fee for service, volume-based model. This means that healthcare providers like doctors have an incentive to handle a large number of patients since they will receive payment for their services regardless of each patient's outcome. Using this type of system is one of the main reasons that healthcare costs continue to increase in the country. Clearly, new strategies are needed to improve the system so that patients can receive the best and most appropriate care possible at a reasonable cost. One way to do this is by identifying treatments that are effective for the patient, priced reasonably and given at the appropriate time. The use of physical therapy early on is one treatment that is studied in this regard.

Information from a large database used to compare both patient groups

After comparing both groups of patients, it was found that those who received early physical therapy experienced better outcomes with less disability and pain than those who delayed it. This was found to be the case not only in their actual outcomes but in their value as well since patients got more out of each dollar they spent with early physical therapy over delayed physical therapy. Since patients improved more and required less treatment, there was also a benefit in cost for the physical therapists and insurance companies. Finally, the overall efficiency of treatment was found to be superior in the group that received early rather than delayed physical therapy. These findings clearly show that seeing a physical therapist for neck pain within four weeks will lead to much better outcomes than waiting longer to do so. More research is needed to confirm these findings and eventually make policy changes to reflect them, but in the meantime, patients who have neck pain are encouraged to see a physical therapist early instead of delaying treatment in order to experience the best possible benefits.